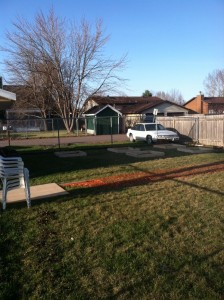 Hello to you all from chilly Fargo, North Dakota.  My name is Steven and this is my first time square foot gardening. Currently I am in the process of starting nine 4’x4′ square foot gardens. They will be constructed of 4”x6”x4′ boards of untreated lumber provided by my step-dad Eric.

I am using Mel’s Mix. I gathered some vermiculite from a local nursery here in Fargo. Also gathered locally was compost provided by the City of Fargo, what a great local program! All I had to do was drive to the weigh scale at the dump and load up as much compost as I want, all for FREE! As far as the peat moss goes, I will get (unfortunately) what I need from K-Mart or other big brand store. 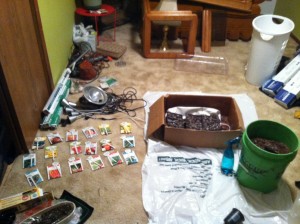 I started some of my crop inside on March 20th and it is coming along NICELY! I have planted the following seeds: garden bean, corn, cherry tomatoes, big boy tomatoes, big max pumpkins, cucumbers, yellow hot peppers, red sweet peppers, bell mix peppers, jalapenos, other peppers,  carrots, cilantro, mint, basil, parsley, chives, lettuce, spinach, etc. I hope I don’t run out of room before I can get these guys outside. I approximate my last frost date being around the end of April or mid-May, which gives me enough time to start another batch inside before the middle of June. 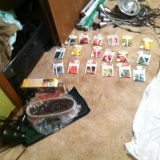 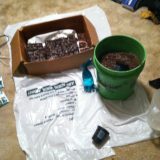 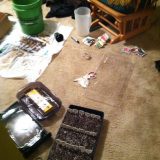 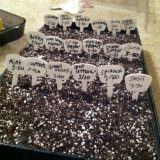 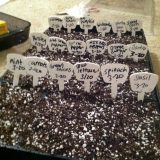 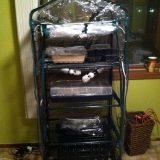 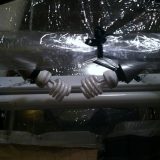 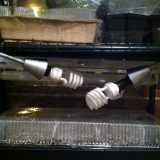 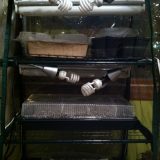 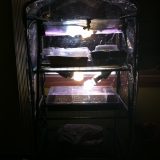 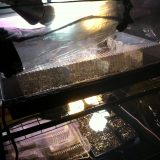 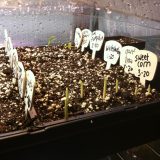 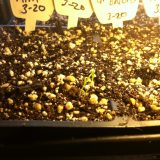 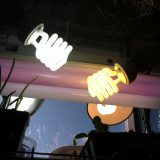 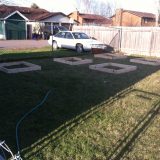 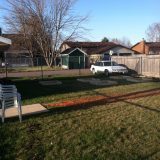 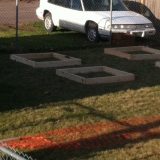 Looks shady but it was taken late in the day. 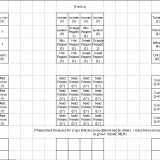 I have made a lot of progress since I took these pictures so I’ll be keeping you all up to date with new ones as soon as I get more taken!   HAPPY GROWING!

What do you think?

What could I do better?

Suggestions for cheap/easy fertilizer (if I need it, I will be testing soil soon)

What ideas do you have on my current plan?

What ideas do you have for my other three boxes?

Anyone else gardening up in North Dakota?