When I was a child, my parents maintained a traditional row garden, so when I finally had a place of my own, I figured I would start a garden myself. When I started thinking about starting my own garden last fall, it resembled the garden I grew up with, albeit on a smaller scale. It would be approximately 8 ft x 12 ft will rows of beans, some tomatoes, peppers and squash, however as I started to investigate urban gardening, I began to see that there were so many more options available than I had anticipated. I didn’t have to dig into the existing soil or plant things in rows, in fact, many of my presumptions about gardening didn’t hold at all. In fact, I could even raise chickens in my own yard!

But let’s not get ahead of ourselves here. After reading through a few books on urban farming and countless websites, it seemed like the best way to start the transformation from typical suburban backyard to small urban homestead would be to setup a few raised beds using square foot gardening techniques. Using the instructions for Ana White’s $10 Cedar Raised Garden Beds as inspiration, I set out to build my own beds. I didn’t particularly have the means to rip the fence posts lengthwise so I modified the plans a bit to use some 2 x 2’s as corner supports as well as making each bed 3 ft wide. After a few hours of construction I ended up with the beds pictured below (the center bed is upside down). 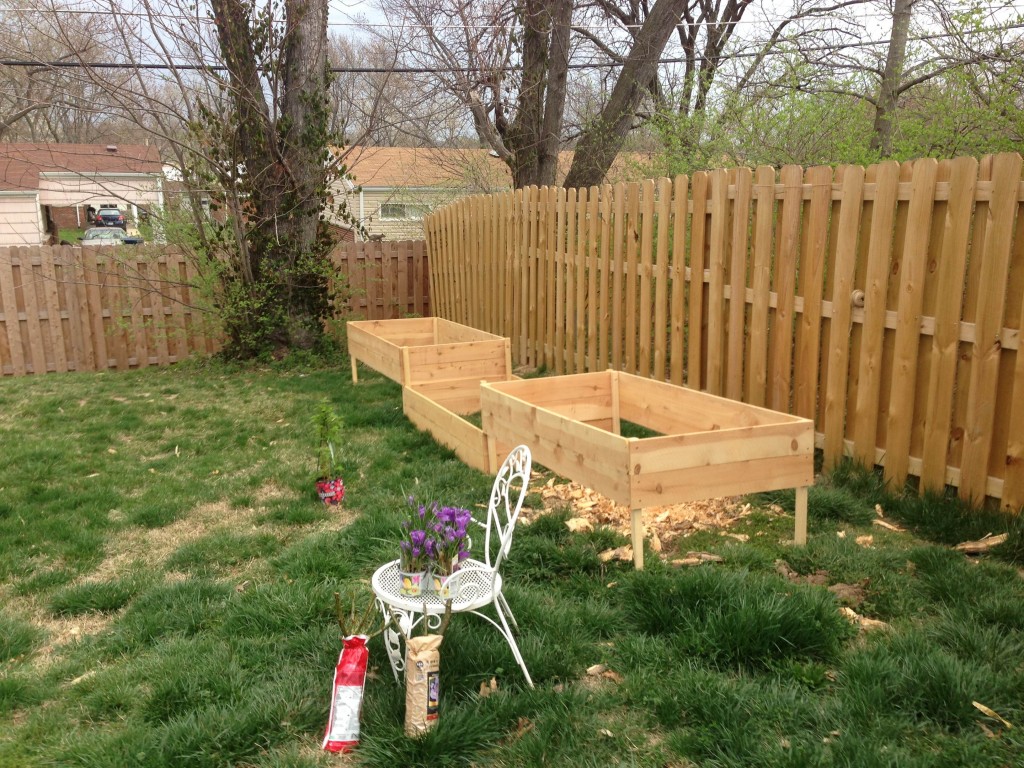 When I went to sink these into the ground, I soon realized that the two foot long posts that I had put in each corner to stabilize the beds were much longer than they needed to be. In order to get around the many of the roots in the ground I ended shaving each of them down to only a few inches each, but I think it should be enough to hold it in place. To help them from moving around, the beds were screwed together on the ends.

The beds were filled with a Mel’s Mix composition. While I was able to get the peat moss and vermiculite without much issue, the bulk of my compost came from the city compost pile, which I think was mostly leaf compost, and perhaps not entirely finished. I’ll be starting a compost pile this year to amend the soil with additional nutrients, but I’ve resigned myself to at least testing it and possibly using some amendments if necessary.

I planted the garden a few weeks ago using the layout below. I know that there’s a few problems, namely that the corn plot isn’t large enough to pollinate naturally and that the tomato and corn plans share a common parasite so I’ll need to watch out for that.

Here are my beds shortly after being planted, there’s some fencing around the beds to prevent the dogs from getting too curious. 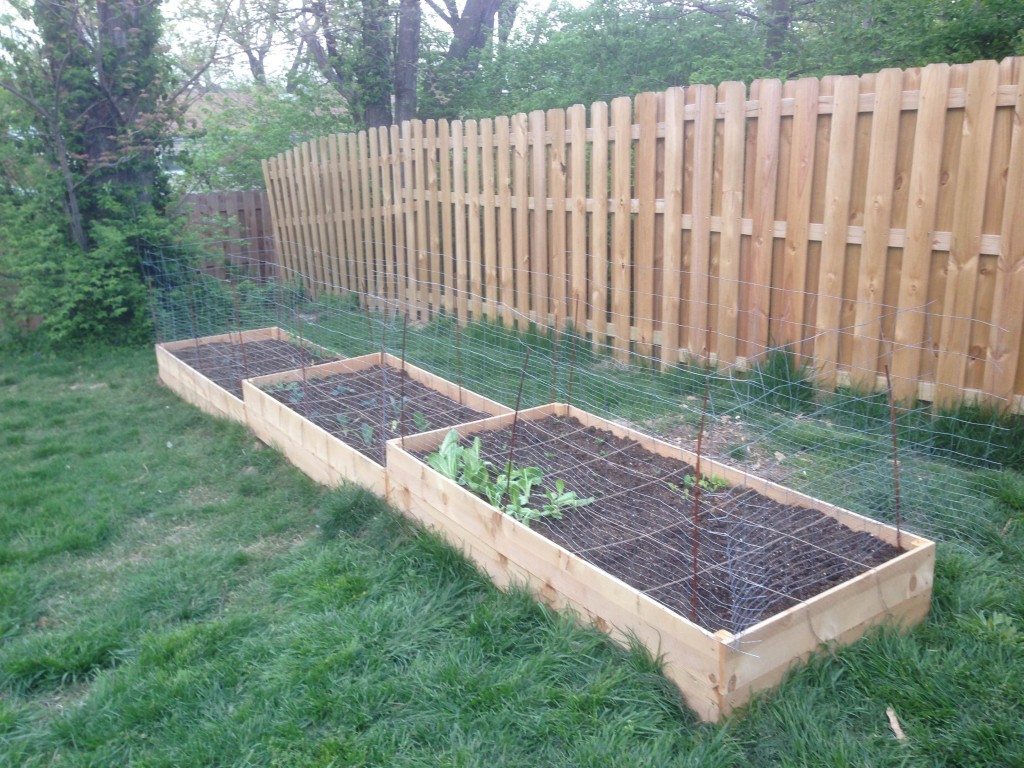 Here’s a close up of the first (right) bed, early this week. 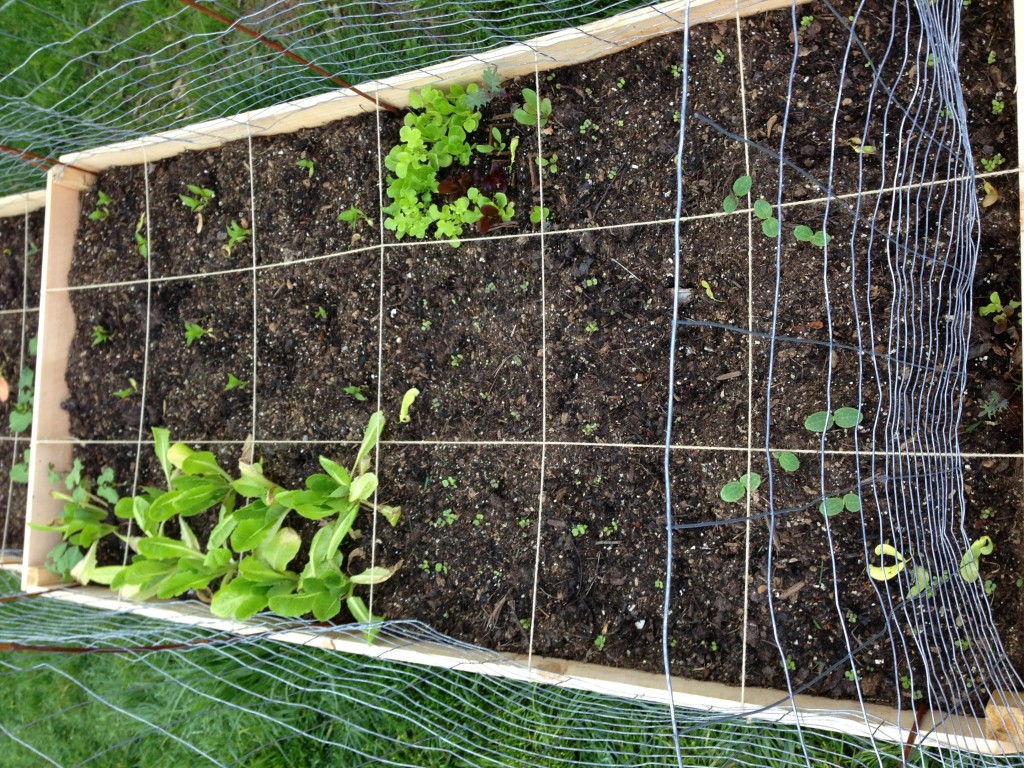 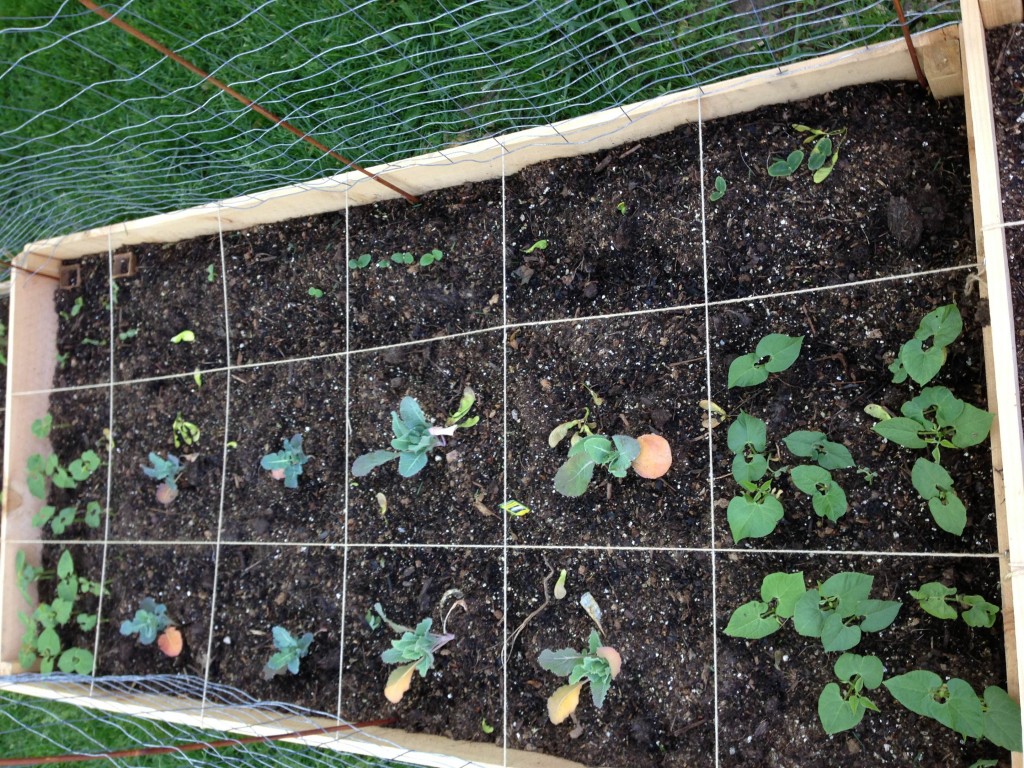 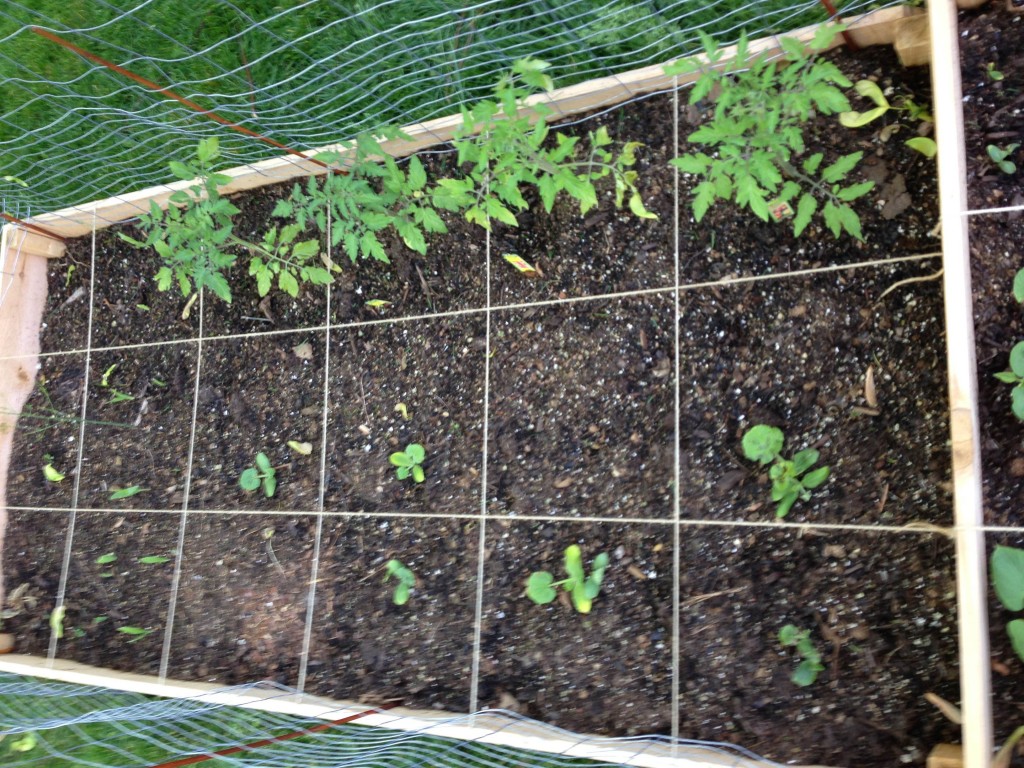 Shortly after planting we had a couple of weeks of cold temperatures and rain, so I think things are a bit stunted, however I’m positive about the outlook. Some other notes of interest:

Any thoughts on the layout?